How can we develop lessons based on migration in a World Language Classroom?

Posted on October 4, 2015 by cardinaleditor

How can we develop lessons based on migration in a World Language Classroom? 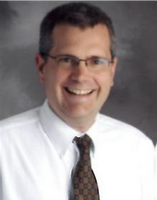 Earlier this summer, I attended a Summer Institute sponsored by a grant from Ohio Humanities, the Cuyahoga ESC, and Cleveland State University titled Migration in a Global Context. Twenty teachers from the state of Ohio attended this three-day institute; approximately half of us taught world languages, and the other half taught history. My motivation for applying was my inability to incorporate migration and immigration issues in my foreign language classroom, especially considering that I worked for Catholic Immigration Services in Little Rock, Arkansas, where I worked with migrant workers. I mainly worked in an office, but I would frequently travel to migrant camps with a co-worker and a priest. The priest would say Mass in someone’s home, and after that my co-worker and I would spend several hours helping clients with their immigration paperwork. This sparked an interest in migration and immigration. I am convinced that this experience made me a better person for many reasons, one of which is an awareness of the plight of those who migrate. During my teaching career, I’ve struggled with how to incorporate this awareness in my teaching. The driving question (mentioned above), is my personal quest in my endeavor to incorporate migration awareness in my teaching, and I am sharing two lessons in this article that I have developed.

I currently teach Spanish, Kindergarten through eighth grade. For my younger students, who are mainly learning vocabulary and are not yet creating sentences in Spanish, I am looking for something grade-appropriate. One of my classmates at the Institute gave me a grade-level version of “The Legend of Tenochtitlan,” a story on how the Aztecs in Mexico developed a capital city. Prior to the city’s founding, Aztecs were nomadic. The story provides reasons for the migration, and readers can discuss the history of the Aztecs both before and after the founding of the city. The story also has specific Spanish vocabulary, for example I think every unit of time is mentioned (day, month, year, etc.). Prior to the institute, we would have read the story and I would have briefly identified the Aztecs, but I would never have thought to mention their migration or even their history. It seems obvious to me now that the students would get so much more out of the story.

“The Legend of Tenochtitlan” story shows one way I would incorporate historical thinking skills and migration into a lesson, but it isn’t project based. A project-based lesson that I have developed involves agriculture and grocery stores. Last year, I brought in an ad from my local grocery store. I used the ad to teach food vocabulary, prepositions, and numbers (for the prices). Again, this Institute has enabled me to expand this lesson. Now we have discussions of gardens and fields, and students bring in their experiences with agriculture. An investigative project can be done where students find out where a particular food is picked and track the history of that fruit or vegetable. With different students picking different foods, students take ownership of the project, and the class can visualize and learn by creating a mock grocery store exhibit. This project, combined with a discussion of how much and what fruits and vegetables are picked by migrant workers, would be one way (the first of many ways) that I can answer the driving question and use migration awareness to provide my students with a better awareness of the world around them.

This entry was posted in Professional Development, Vol. 54, No. 1 - Fall 2015. Bookmark the permalink.